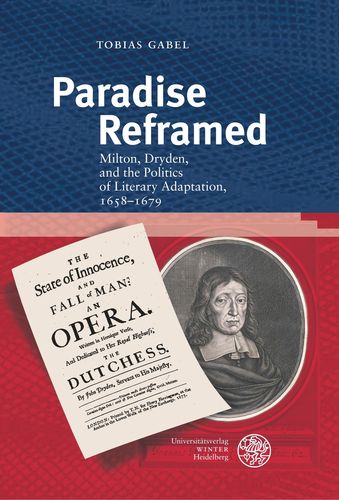 Mehr erfahren
Beschreibung
In 1677, John Dryden, poet laureate to the restored Charles II, published ‘The State of Innocence’. Emphatically advertised on its title page as ‘an opera,’ Dryden’s book was based on ‘Paradise Lost’, John Milton’s 1667 epic about the fall and eventual restoration of mankind. In the heated political climate of the 1670s, the publication of this libretto suggested the bold and cunning appropriation of an idiosyncratic text widely viewed, even then, as a mirror of its author’s theological and political opposition to the Restoration establishment.

Focusing on the historical background to Dryden’s ‘reframing’ of ‘Paradise Lost’, this study recovers the various and often surprising contexts in which both works were written, ranging from Restoration foreign and domestic policy to the contemporary book market and early modern habits of interpretation. As becomes clear, the process of adaptation by which Dryden, ‘Servant to His Majesty’, reconfigures ‘Paradise Lost’ as an affirmatively royalist text skillfully defuses the radical and subversive potential of Milton’s original, while at the same time substituting, through prefaces and topical allusions, a clear political message of Dryden’s own. Seen together in their shared cultural-historical context, the intertwined histories of both texts shed light on the deeply politicised nature of Restoration literary culture, offering a fresh view of the early reception history of a disputed and ‘pre-canonical’ ‘Paradise Lost’.
Autor/in