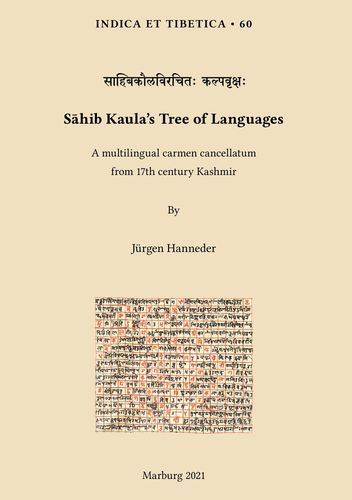 Mehr erfahren
Beschreibung
The Kalpavrksa was composed in the 17th century by the Kashmirian author Sahib Kaul and is edited here in its original Sanskrit for the first time. During the editing process it became clear that the "text" of the Kalpavrksa is only the basis of an elaborate piece of verbal art, a crossword-like carmen cancellatum, which was originally displayed on a large cloth. Three of these are preserved today. The Kalpavrksa is not only the largest carmen cancellatum known in world literature, with its roughly thirty languages used for its intexts, it also displays a baffling multilingualism.
Autor/in