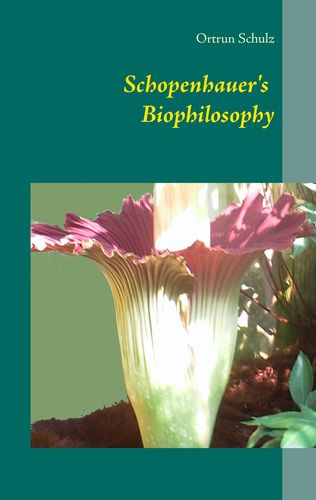 Mehr erfahren
Beschreibung
Schopenhauer uses what he calls empirical metaphysics, to give an explanation of the essence of the world, and of living things. In doing so, he always tries to make interpretations which are grounded in the sciences. But since all sciences use the principle of sufficient reason, and restrict their observations to the phenomenal world, they can never get to what things are in themselves. There would be no way to do so, if Schopenhauer were not, as a philosopher, himself both a knower and a physically embodied person in the world. Introspection shows the will to live as causality seen from inside. From there, he moves by analogy to other living beings, and even to the whole of nature.
His precursors in philosophy and science, up to and including his time, are outlined, and also compared to later views, up to the present.
Autor/in

Dr. ORTRUN SCHULZ, born 1960 in Hannover, Germany. Master of Arts in Philosophy and English Linguistics 1986, PhD in Philosophy 1993. From 1992 to 2005 associate editor of Schopenhauer-Jahrbuch. Private research and various publications.