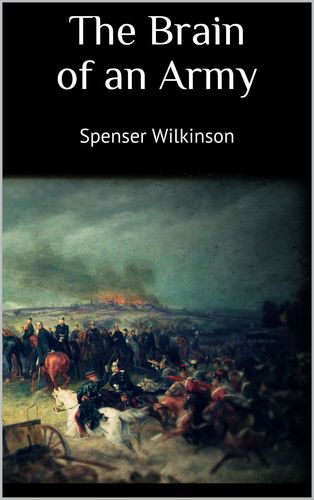 The Brain of an Army

Mehr erfahren
Beschreibung
On the afternoon of Monday, the 2nd of July, 1866, King William of Prussia with his retinue drove into the little town of Gitschin, in the hilly region of Northern Bohemia, on the southern side of the Giant Mountains. His upright bearing scarcely showed the burden of his sixty-nine years, nor did his frank expression reveal the weight of care that pressed upon him. After months of weary diplomacy, the political crisis had been brought to a head by a resolution of the Diet of the Germanic Confederation to the effect that Prussia had violated "the peace of the Confederation," and that the armies of the confederated States were to be called out. This resolution, not three weeks old, meant that Prussia was at war with Saxony, Hanover, Hesse, Bavaria and Würtemberg, and with the Austrian Empire. Besides this long array of enemies there were friends of various degrees of good and ill will to be considered. Russia was a benevolent onlooker; Italy an active ally, not indeed very formidable in the field, but able to occupy a portion of the Austrian forces. France was the ambiguous busybody, waiting to take a side according to the prospect of advantage, and the French ambassador was on his way to pay his unwelcome respects to the Prussian king. Even at home there were grave difficulties. The Prussian Parliament, representing at that time a liberal electorate, was directly opposed to the whole policy of which the war was a part. The king had left Berlin to join the army only on Saturday morning, after a fortnight of constant anxiety over the complicated operations which had resulted in the capture of the Hanoverian army and the occupation without fighting of the kingdom of Saxony.
Autor/in