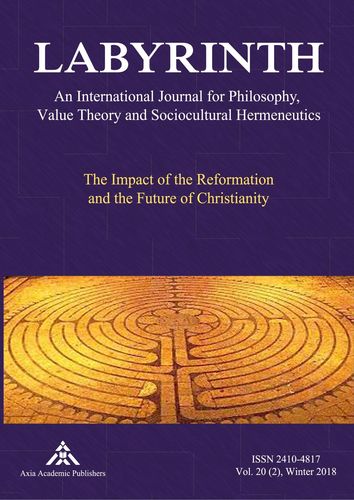 The Impact of the Reformation and the Future of Christianity

Mehr erfahren
Beschreibung
In view of the current global crisis, in which war conflicts and waves of refugees reinforces the existing mistrust and negative attitudes towards the religions as causes of violence, the question arises: How do matters stand with Christianity in Europe? How could canonical tradition/law and reformation, resp. ecclesiastical dogmas and European values be reconciled today? Europe? Do the Christian Churches still need a kind of Reformation? The jubilee of the 500th anniversary of Martin Luther's theses is a great opportunity to pursue these questions, as well as to reevaluate the spiritual and socio-political impact of the Reformation. The following issue of the Labyrinth-Journal offers not only Protestant, but also Catholic, Orthodox, non-Christian and even atheistic contributions to these topics. It also celebrates the 110th Anniversary of the elaboration of the Roerich Pact discussing its perspectives of a Reformation through Culture.
Autor/in

Hans-Walter Ruckenbauer is Ass.-Prof. and Dr. in Theology at Institute of Philosophy at the Catholic Theological Faculty of the University of Graz.