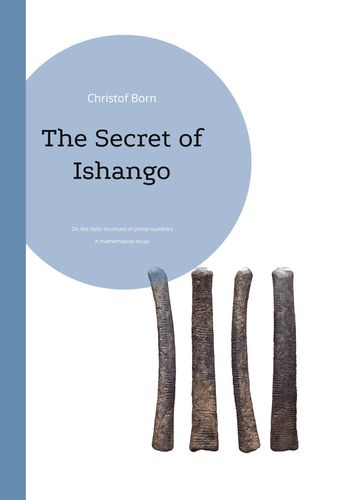 The Secret of Ishango

On the helix structure of prime numbers

Mehr erfahren
Beschreibung
The bones of Ishango were found in the 1950s by Belgian archaeologist Jean de Heinzelin near a Palaeolithic residence in Ishango, Africa. Inscriptions, which can be interpreted as numbers, make these bones the oldest mathematical find in human history. There are various scientific papers on the interpretation of the inscriptions. Interestingly, on one of the two bones, we also find the six consecutive prime numbers 5, 7, 11, 13, 17 and 19. Did Stone Age people already know the secret of the prime numbers? This question is explored in my mathematical essay "The Secret of Ishango", an adventurous journey around the world from Basel in Switzerland to Erode in India. The presumed connection between the numbers on the bones of Ishango and the structure of the prime numbers is illustrated by a sketch at the end of the text. Are the prime numbers organized as a double helix like DNA? As the physicist and mathematician Freeman John Dyson said so beautifully: "For any speculation which does not at first glance look crazy, there is no hope."