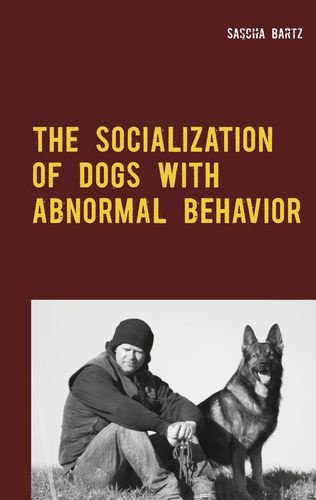 The Socialization of Dogs With Abnormal Behavior

And the Reasons for Their Failure

Mehr erfahren
Beschreibung
How can a dog with behavioral problems be trained? And why do so many attempts to train untrained dogs fail?

The answer to the second question is the anthropomorphization of the dog and the inconsistent differentiation between socialization and education. Thus, on the one hand, needs are attributed to the dog, which he simply does not have, and on the other hand, attempts are made to socialize him by means of the methods of conditioning, which are doomed to failure.

Conditioning, however, does not lead to insight - as the psychologist says. But the latter is the goal of education.

In addition, there is a lack of compliance of the owners and the power of habits.

For a better understanding, the author lets his therapy dog Neo tell the connections from his point of view in this book.
Autor/in

The author SASCHA BARTZ is a successful dog coach, which already for many years not only in Germany but also in Austria of Switzerland and Scandinavia many often already despairing and resigning dog owners and dog owner inside, which not rarely regular Odysseen at unsuccessful dog school attendance behind itself have helped, their dogs of their undesirable behavior in shortest time to free. In addition it tours all year round by the three countries and Scandinavia and offers locally its assistance.

With a twinkle in his eye, however, he always emphasizes that he does not actually train the dogs at all, but rather enables owners to correctly understand canine needs and demonstrates proper behavior towards them.