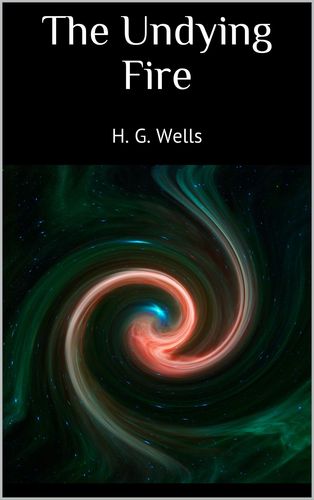 Mehr erfahren
Beschreibung
Two eternal beings, magnificently enhaloed, the one in a blinding excess of white radiance and the other in a bewildering extravagance of colours, converse amidst stupendous surroundings. These surroundings are by tradition palatial, but there is now also a marked cosmic tendency about them. They have no definite locality; they are above and comprehensive of the material universe.

There is a quality in the scene as if a futurist with a considerable knowledge of modern chemical and physical speculation and some obscure theological animus had repainted the designs of a pre-Raphaelite. The vast pillars vanish into unfathomable darknesses, and the complicated curves and whorls of the decorations seem to have been traced by the flight of elemental particles. Suns and planets spin and glitter through the avanturine depths of a floor of crystalline ether. Great winged shapes are in attendance, wrought of iridescences and bearing globes, stars, rolls of the law, flaming swords, and similar symbols. The voices of the Cherubim and Seraphim can be heard crying continually, "Holy, Holy, Holy."
Autor/in