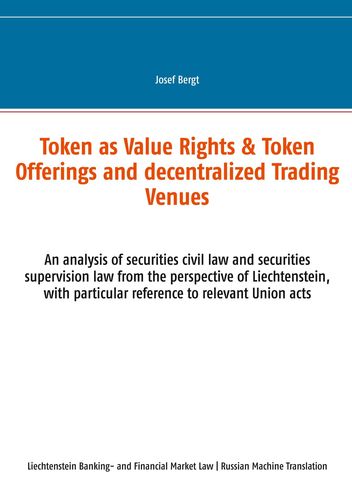 An analysis of securities civil law and securities supervision law from the perspective of Liechtenstein, with particular reference to relevant Union acts

Mehr erfahren
Beschreibung
This book was translated from German into Russian by means of artificial intelligence (machine translation).