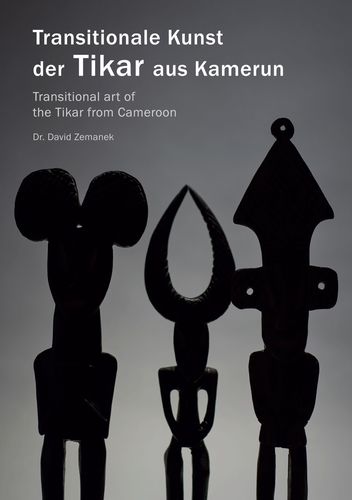 The current publication "Transitional Art of the Tikar from Cameroon" by Dr. David Zemanek, ethnologist and expert on African art adds a new approach to the current restitution debate on traditional African art.

So far, the focus recently has been on colonial looting and destruction, as well as the appropriation of the stylistic devices of "primitive art in early 20th century European art" says Dr. David Zemanek in his new book that also caused effects of a stylistic nature in the opposite direction.

Without evaluating this change, he uses the Tikar sculptures as an example to show how local artists responded to the increased demand for their carved art by freely combining traditional elements and adding new stylistic features and thus developing a transitional type.

These newly created objects - although produced for the art market - have their own sculptural charm, the characteristics of which would not have arisen without the encounter between European and African culture, and which gives the artists behind them a new expression of individuality.

Artists could step out of the shadow of their traditional patronage and create new works. We have to rethink the African art market in general, and especially when we are talking about the authenticity of African art and the reception of the western world.

Much of the art that is in the African art market now, was made during colonial time for a western audience; the new book of Dr. David Zemanek allows the reader to rediscover the creation of this complex and interesting market.
Autor/in