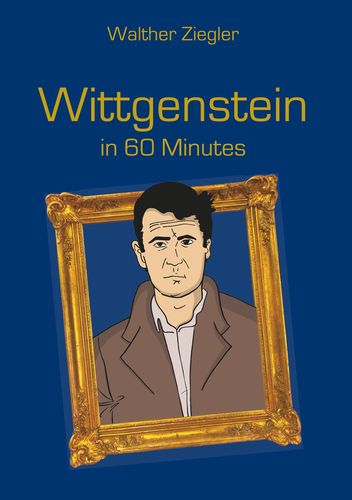 Mehr erfahren
Beschreibung
Ludwig Wittgenstein is the great philosopher of language. With his famous "Tractatus Logico-Philosophicus" he brought about an epoch-making shift in philosophy: the "Linguistic Turn" from consciousness and Being toward speech. For our speech alone (so runs his key idea) determines how we see the world and ourselves. No one, philosopher or not, is able to form even a single thought without using words and phrases to do it. We learn language as small children and from then on it forms our whole worldview. Therefore, says Wittgenstein, philosophy's first and most important task is to understand language to be the most basic tool of all its knowledge. In the "Tractatus" he gives a precise analysis of what we can - and cannot - say about the world by using words and language. The result he arrives at is radical: we may not say anything that cannot be precisely logically expressed and tested by experiment. And "what we cannot talk about we must pass over in silence". But Wittgenstein also makes a second great discovery: in his later work he shows that it is only "language games" - i.e. everyday conversations between various communities of speakers - that give words their meanings and influence our whole way of seeing the world. Is our reality so completely formed and pervaded by "language games" as Wittgenstein claims? And if so, of what use to is this great discovery today?
The book "Wittgenstein in 60 Minutes" explains both Wittgenstein's "Tractatus" and his fascinating theory of language-games, using around 100 key quotations from both works. It appears as part of the popular series "Great Thinkers in 60 Minutes".
Autor/in